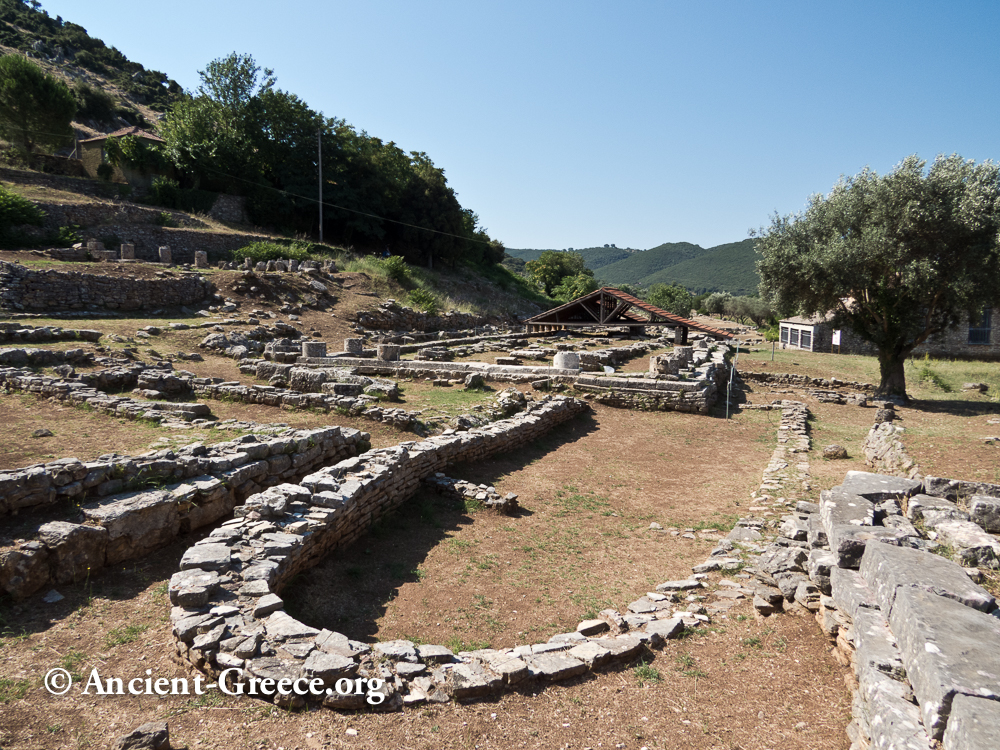 Thermos (Θέρμο, Θέρμος, Θέρμον, Thermon) is located in Aetolia in western Greece and it was inhabited continuously for 1500 years, from the Middle Helladic (early Mycenaean) era until the 2nd c. BCE. It was named after the hero Thermos who was accidentally killed by a discus thrown by his brother, Oxylos, who later became the king of Elis.

Its location in central Aetolia made it the most important cult place where Apollo Thermios was worshiped, and where the Aetolians held commercial gatherings, elections, and athletic games each year. By the Hellenistic era the Agora was adorned by about 2000 statues, and the Aetolians had dedicated here a trophy representing a Gaulic panoply--similar to the one they dedicated at Delphi.

The sanctuary was destroyed by the Hellenic Kingdom of Macedonia in 218 and again in 206 BCE in revenge for the Aetolian's destructions of Dion and Dodona, and it was abandoned after the Roman conquest and the dispersal of the Aetolian League in 167 BCE.

The site is important because the ruins trace the development of the Greek temple back to the prehistoric era: Megaron A is from the early Mycenaean Era, Megaron B from the early Iron Age era, and the Temple of Apollo Thermios is one of the earlies Doric temples in Greece.