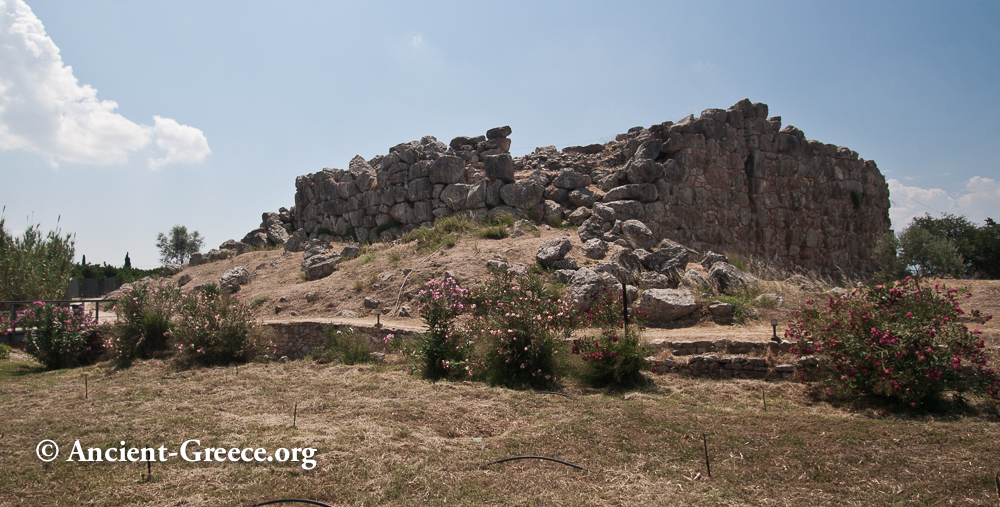 The massive (Cyclopean) walls of Tiryns

Tiryns is a major Mycenaean citadel, located in Argolis, near Mycenae, already important by the Middle Helladic period. Being 1.5km from the sea, it controlled the trade routes between the mainland and the Aegean centers.

The area was inhabited before the Bronze age, and ancient Greeks believed that the citadel was built by Proitos, brother of the king of Argos, Akrisios, and grandfather of Perseus, the founder of Mycenae. "...Akrisios stayed in Argos, Proitos took the Heraion, and Mideia, Tiryns" (Pausanias, 166). Archaeological evidence supports Pausanias in the belief that Tiryns was fortified two generations before Mycenae (Iakovidis, 91).

There is no evidence of the relationship between Tiryns and Mycenae, so the general belief is that it ranged between friendly, cooperative, and adversarial through the centuries. It is also believed that Tiryns functioned as the port of Mycenae, mainly because it never reached the fame of the latter.

Earthquakes devastated the citadel by the end of the 13c BCE. but the site remained occupied for a long time after. It was active in the early Iron Age, and during Classical times when it sent a contingent of warriors to the battle of Plataia. It was destroyed by Argos around 470 BCE, and it became a stronghold during Hellenistic times, and a church was built on the citadel during the Byzantine period.

Today Tiryns is well-known but not often visited archaeological site near the modern city of Nafplion.